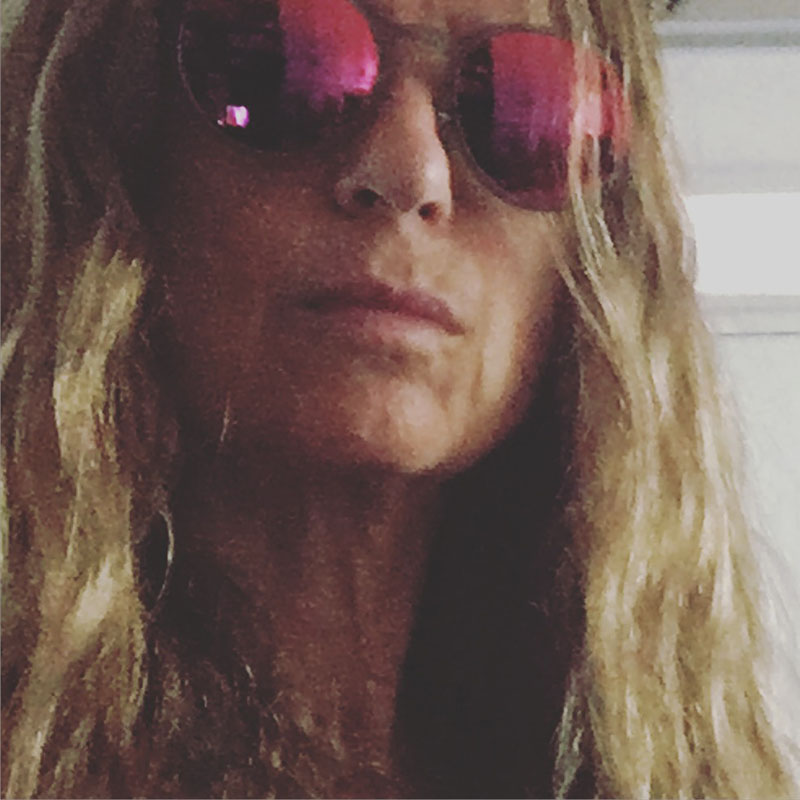 Juli became enamored with marquetry in Umbria, Italy, and stayed to study under a great master for six years. She does both story pieces as well as smaller Hawai’ian pieces, and now divides her time between Hawai’i and her studio in Umbria.

Juli says, “I work with wood because wood never dies. Even after sliced into sheets not much thicker than paper, it remains alive and has to be reckoned with. This constantly having to be in agreement with an element that insists on telling its own story with my story is humbling, challenging, and keeps me linked with my place in nature.”

“Figurative work is crucial in this day and age. Now more than ever before we must look at ourselves closely in the mirror, so I depict people, usually of mixed backgrounds, often young, thus representing the future. I try to keep the message somewhat ambiguous, but I aim for an intimate emotional response.” 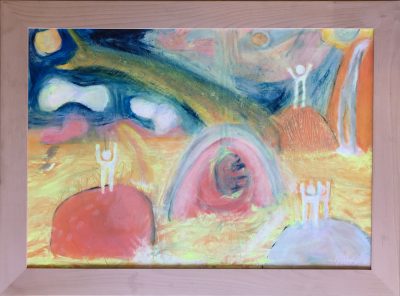 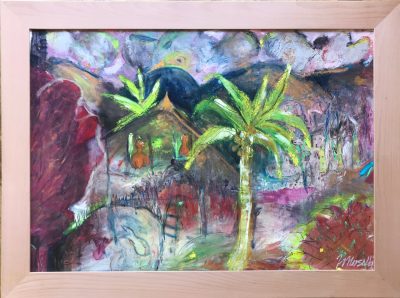 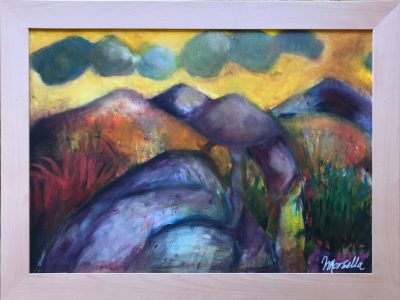 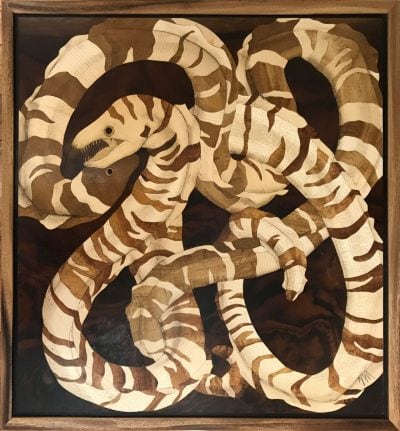 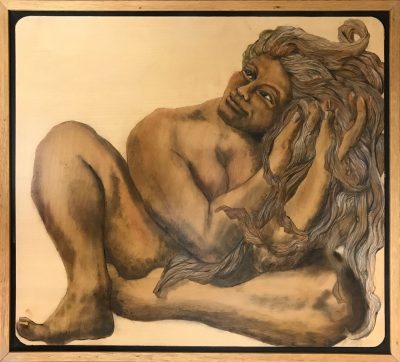 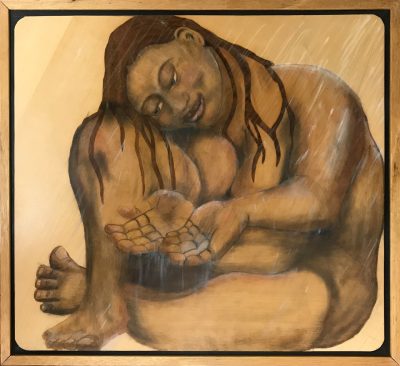 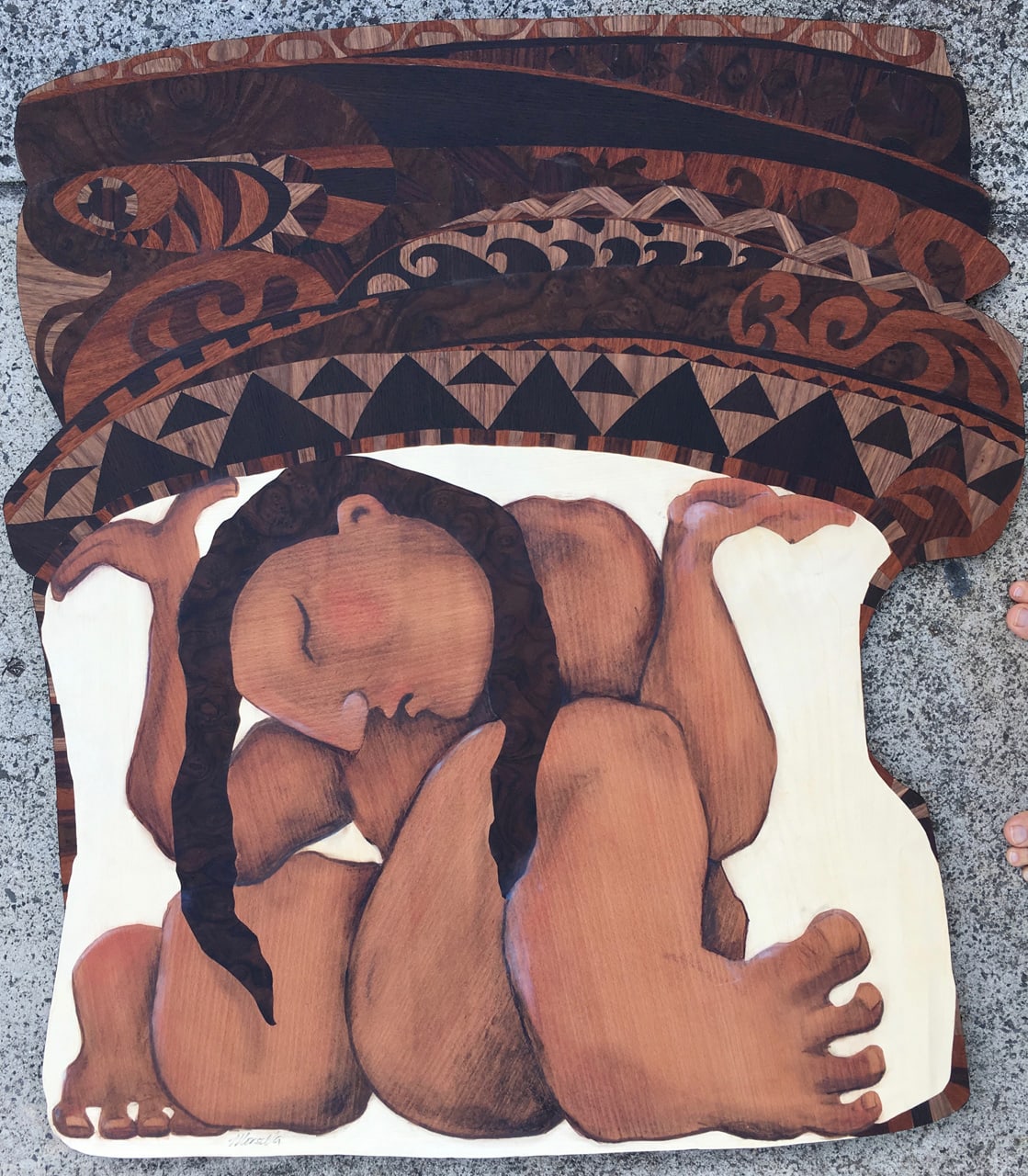 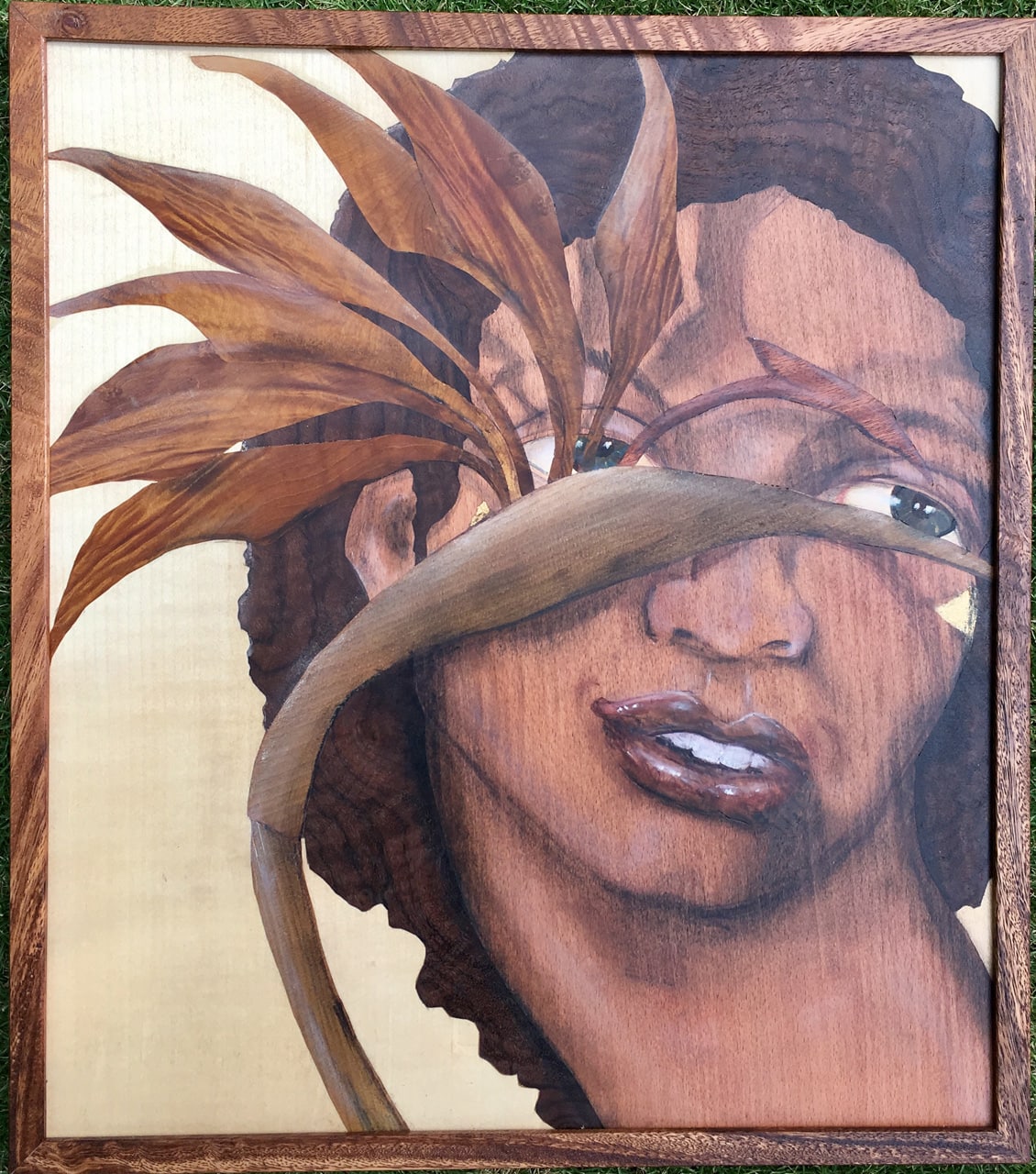 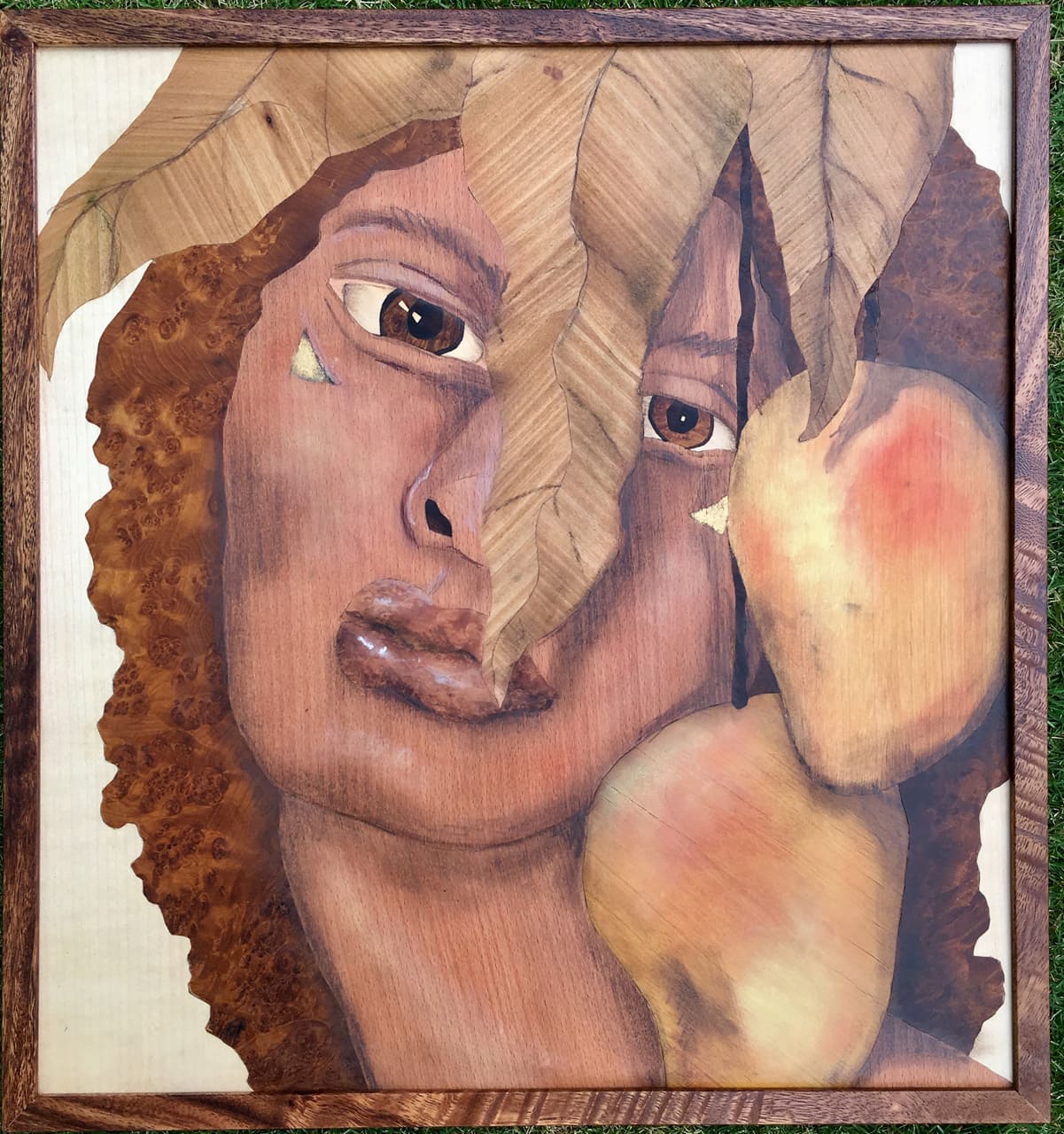 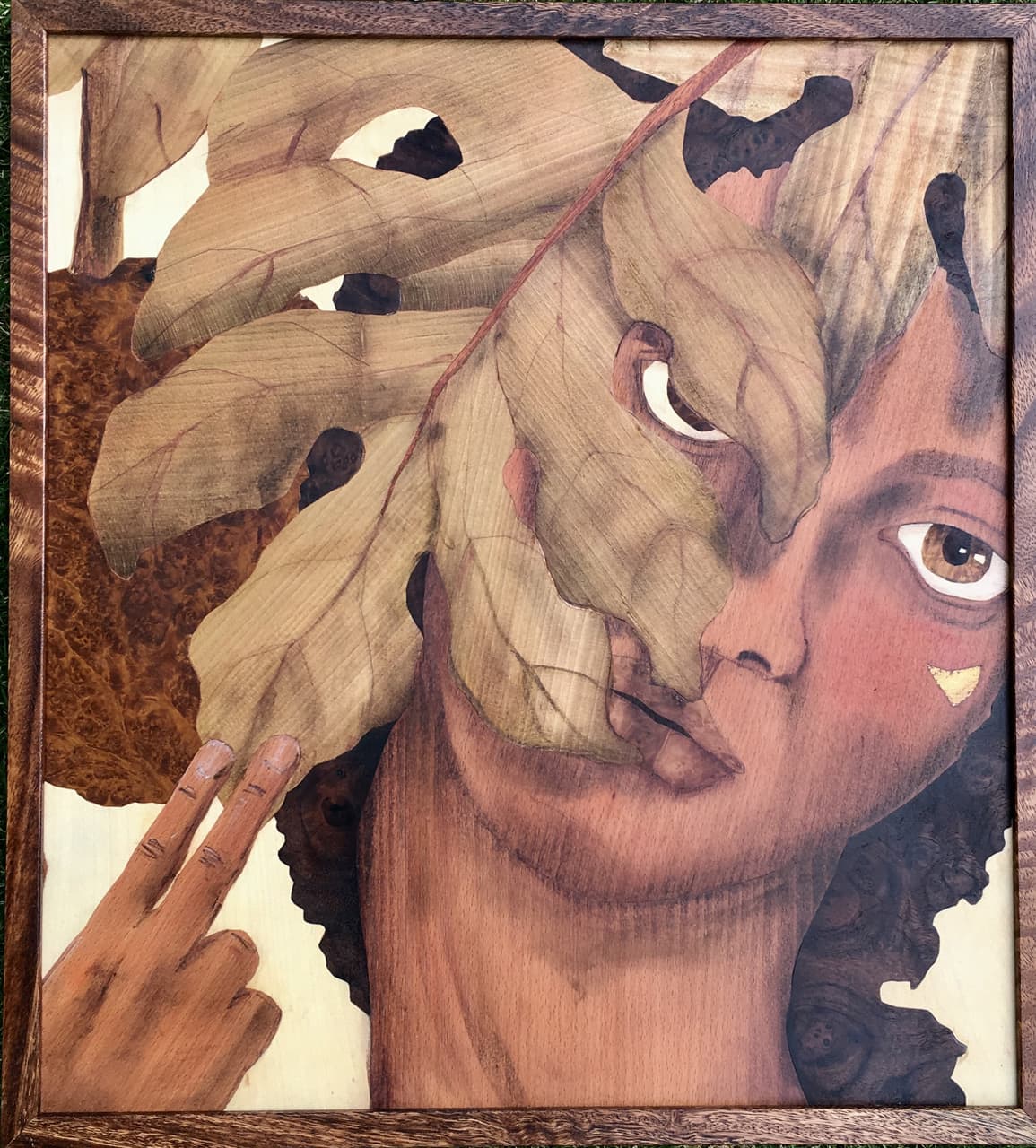