Ni’ihau shell jewelry is one of the most Hawaiian art forms represented in Maui Hands. A private island with a population of mostly pure Native Hawaiian descent, Ni’ihau has no rivers running into the ocean. The surrounding coral beds remain unspoiled and untouched by outside influences, allowing the tiny shells – pupu ‘o Ni’ihau – to develop their prized shine and delicacy.

The tradition of sewing these shells into delicate lei of unsurpassed beauty has been passed down for generations on the island, continuing uninterrupted for hundreds of years. Far from the bustle of modern life, it may take makers a year or more to gather just the right combination for their complex designs. The shells are sorted by type, size, and quality, only then to be pierced with a sharp awl –  unfortunately breaking many in the process.

Artisans create their own beautiful designs, yet follow traditional weave patterns to craft culturally rich, wearable pieces of art. We hope you will come to appreciate Ni’ihau shell jewelry as much as we do!

Kahelelani, meaning “the royal going”,  are named so because in the early times they were primarily worn by chiefs, Kahelelani was named the first chief of Ni’ihau. These are the smallest of the Niʻihau shells and the most difficult to collect, pierce and string.  Therefore, they are the most precious shell in Niʻihau. Also, Kahelelani shells are the only shells in the world that gemologists will grade for insurance purposes.

Momi, which means pearl, are oval shaped and come in an array of colors

Lāiki resemble grains of rice and are usually ivory in color.

‘Ālīlea  shells are similar to Momi but larger and often woven into men’s leis.

Pōleho shells are similar in size to the ʻālīlea shell and range in color from golden to dark brown.  They are also often woven into men’s leis.

Pōleholeho are cowrie shells and there is a variety of them found on Niʻihau.  They are used to hold the clasp on larger leis.

Kipona – utilizing a variety of pupu 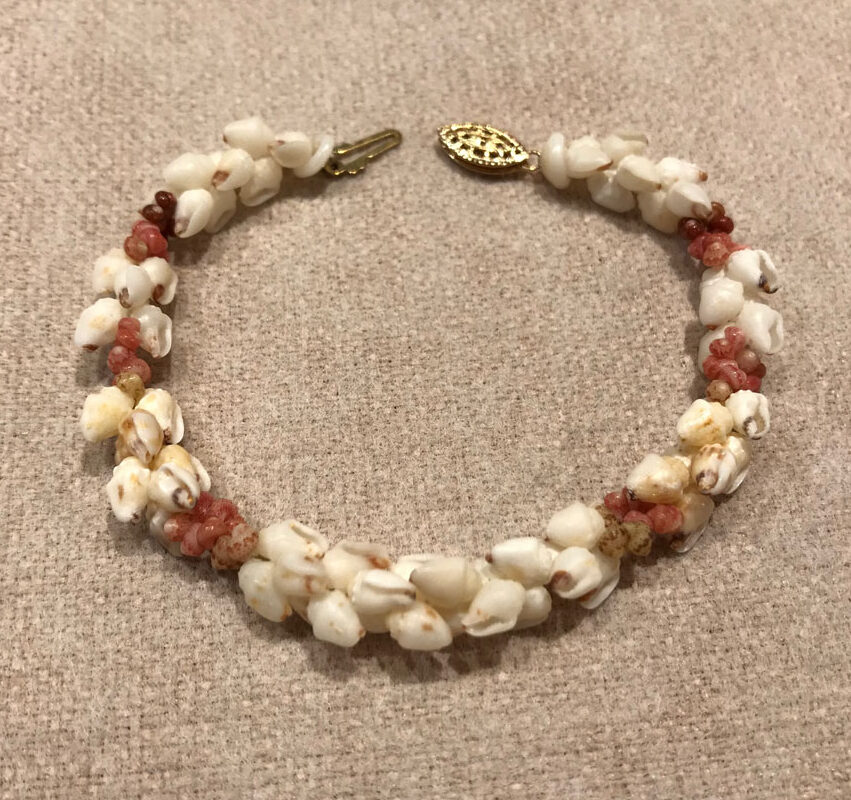 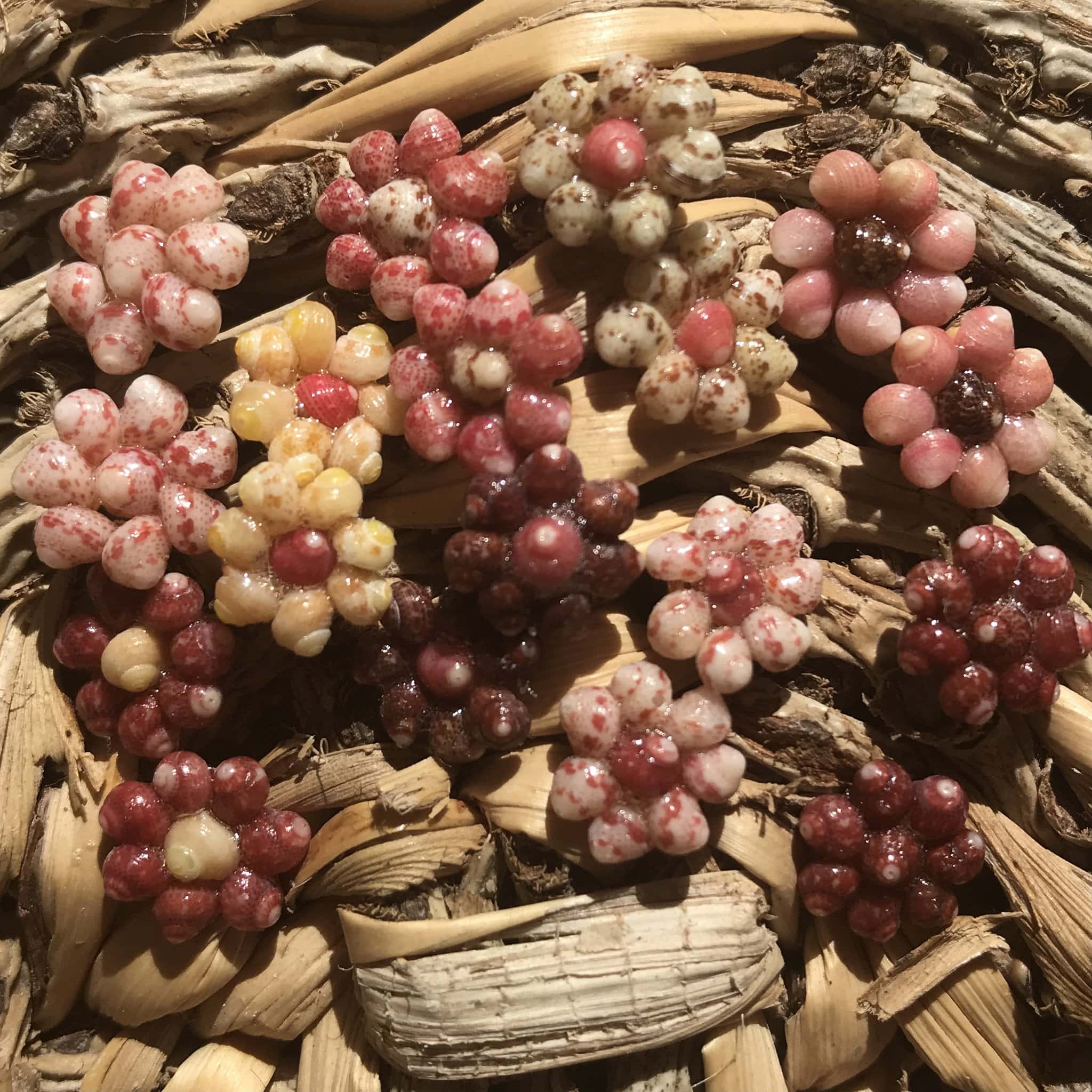 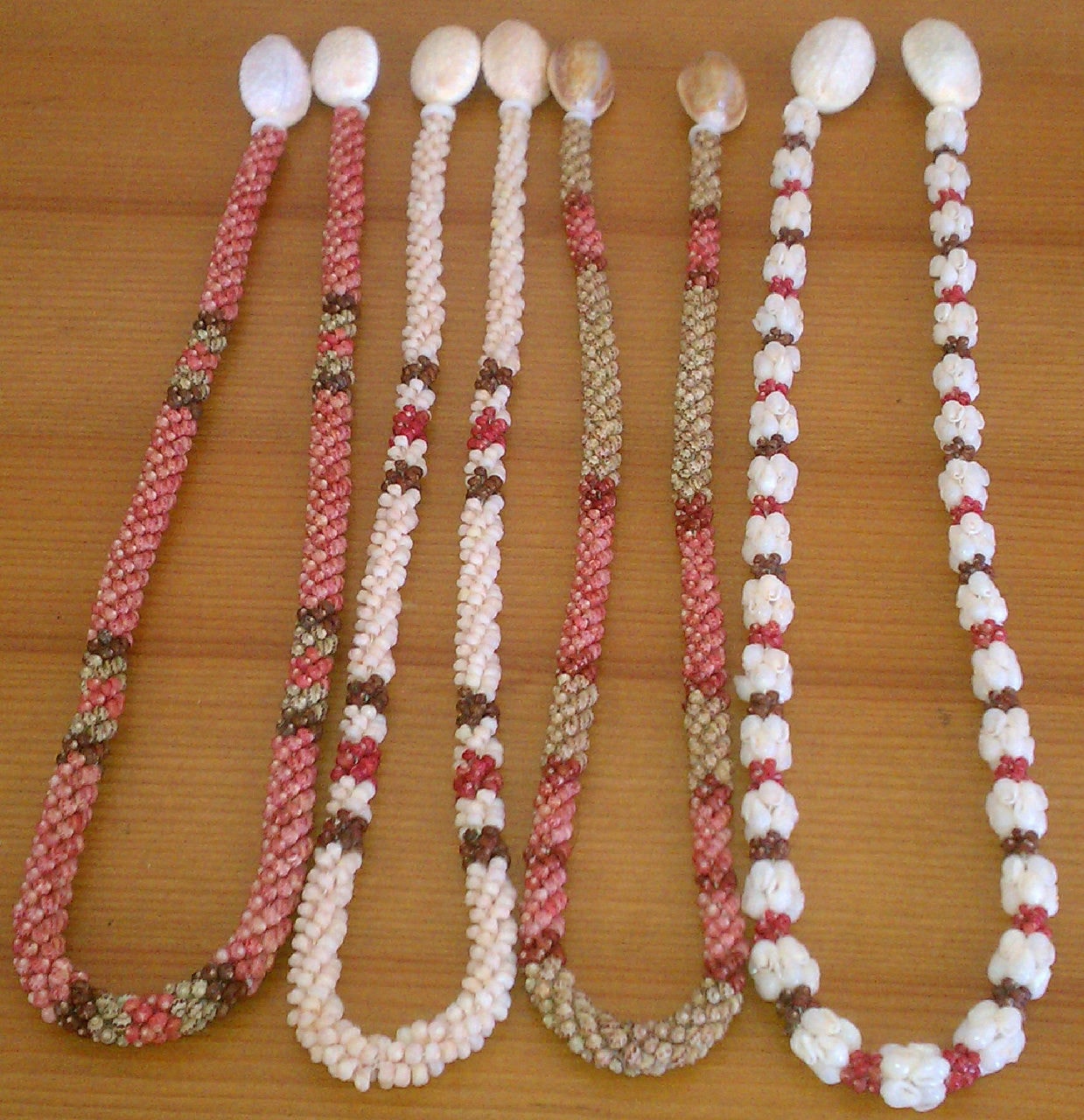 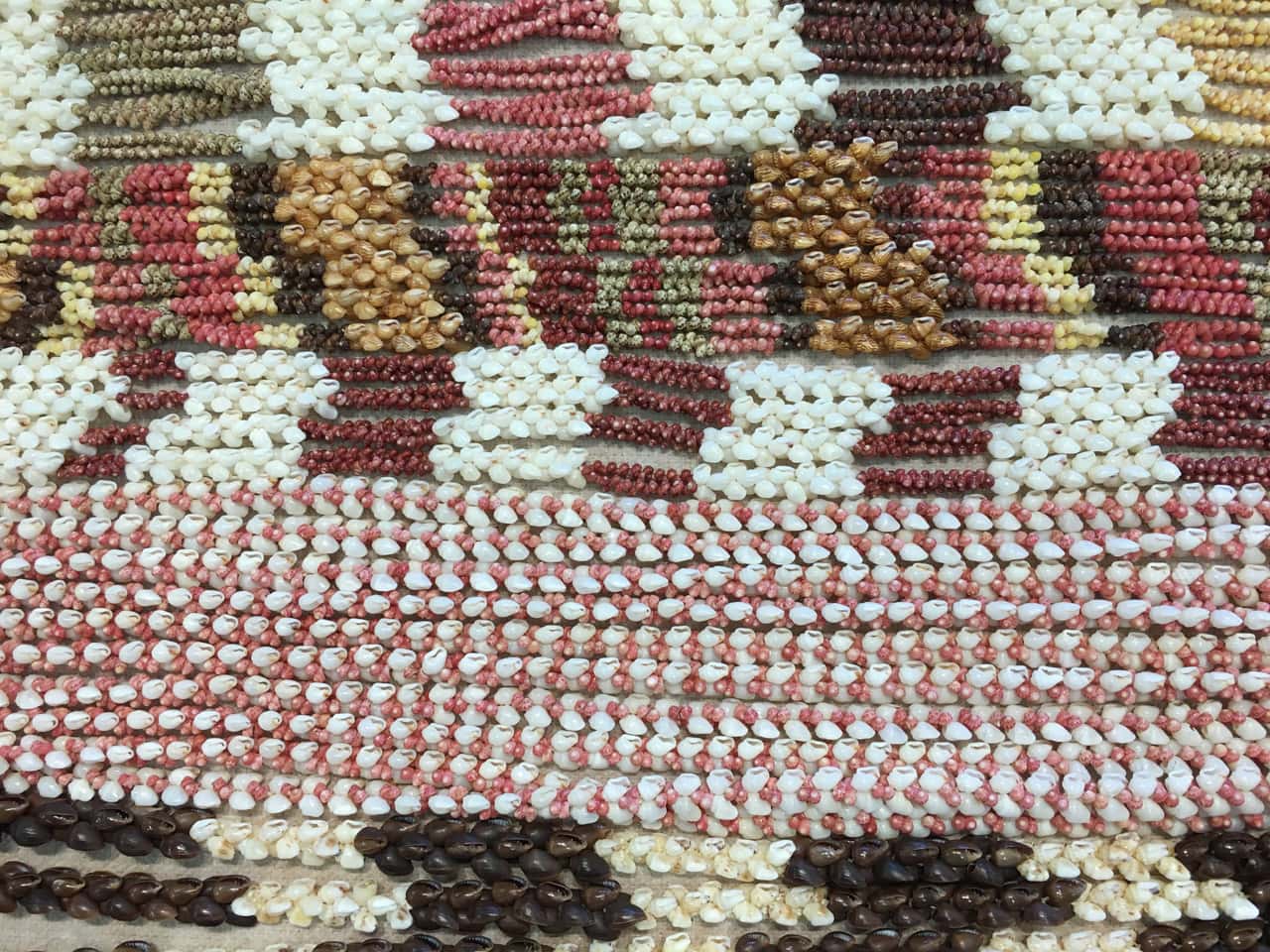 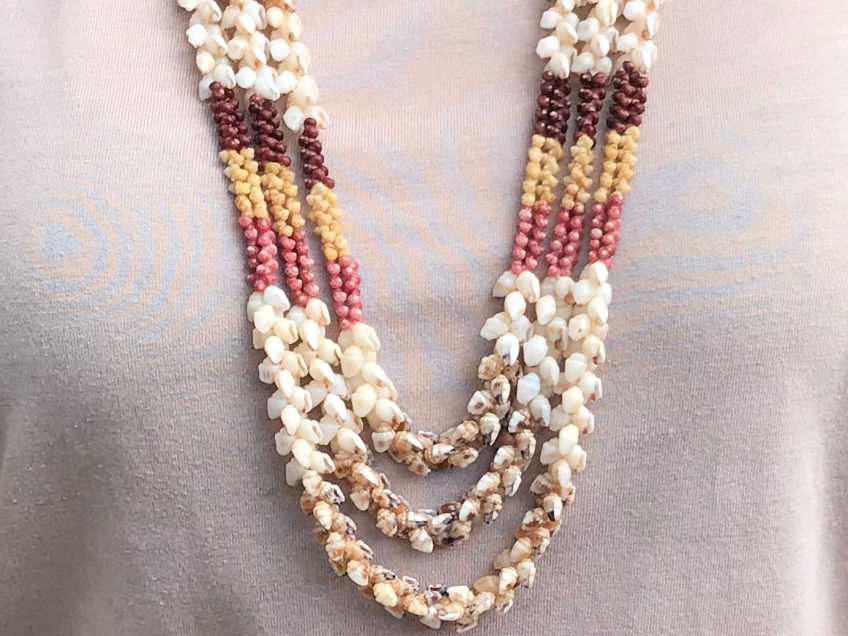 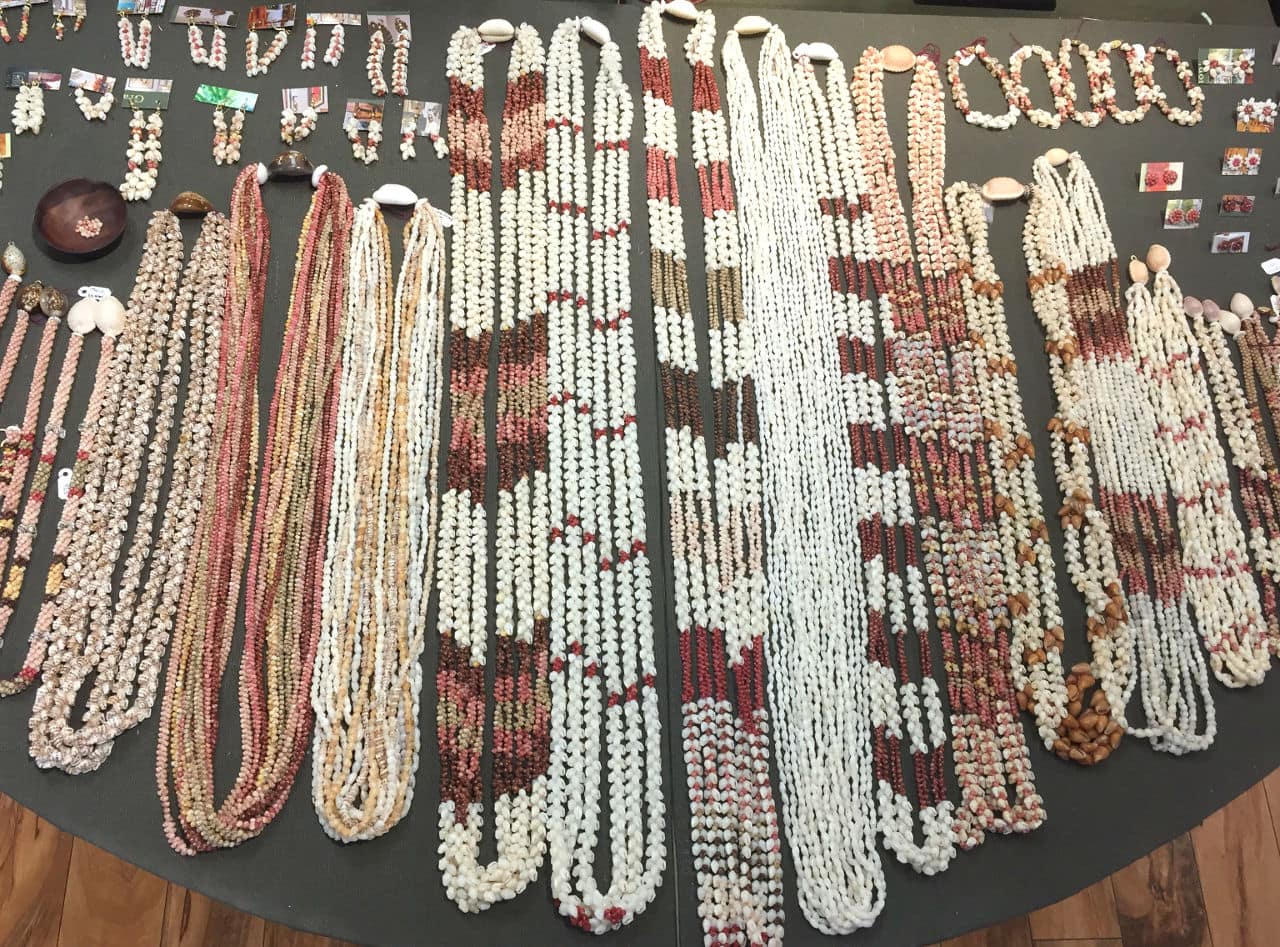 The Lei We Have Loved