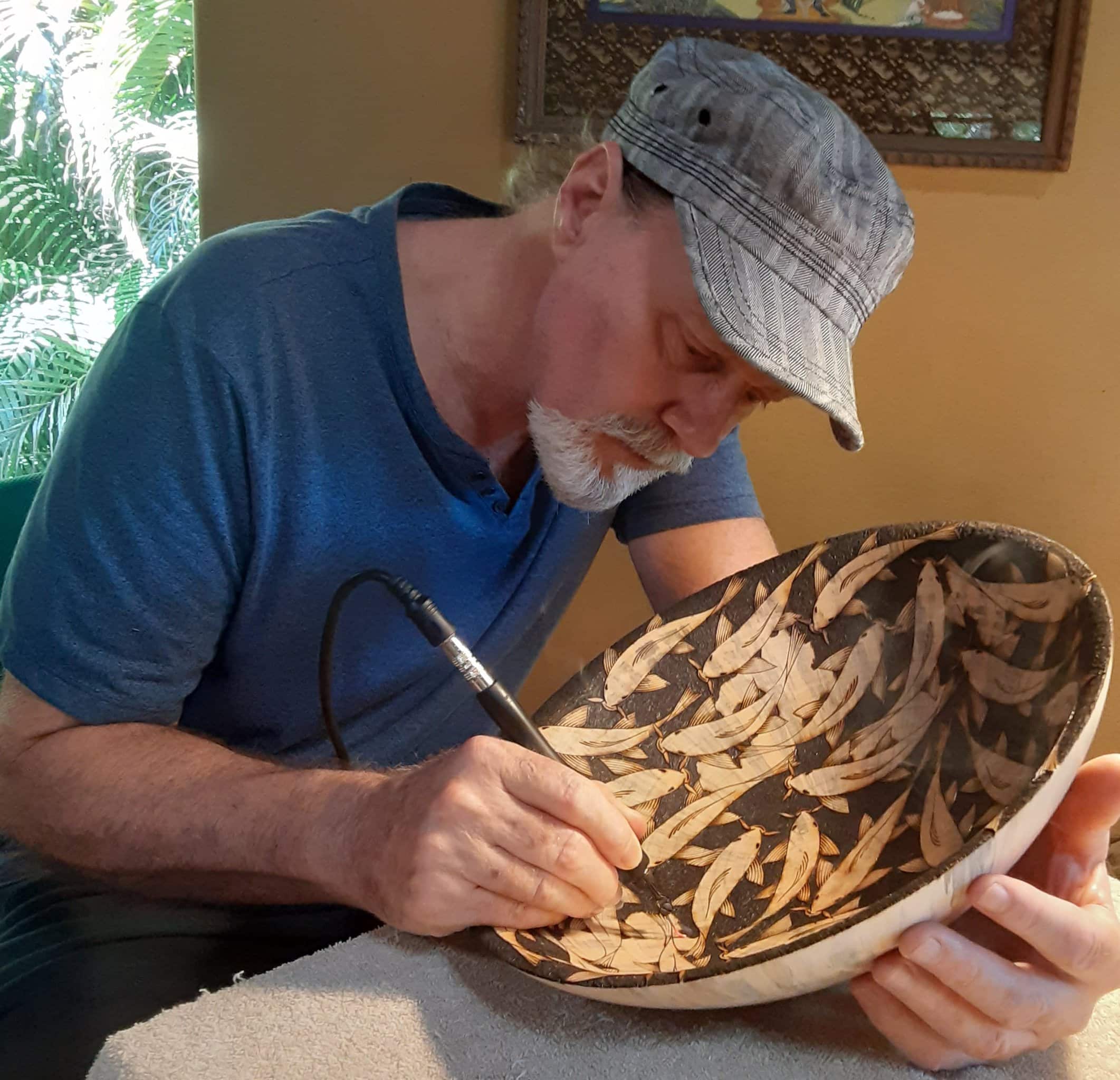 “Art is a part of us all, as we are exposed to it on a daily basis. I was profoundly affected by art when I was young. I was drawn to its mysticism, and its ability to inspire thought and provoke emotions. I wanted to be part of that world…”

Michael Patrick Smith spent three years at the University of Cincinnati, School of Design just before moving to Hawai’i in 1981 at the age of 21, but it was two decades before he reconnected with art again. It was his experimentation with pyrography (textured wood burning), which brought him to woodturning and using the turned wood as his canvas. Michael’s work has gained recognition in both local and international art shows, and several of his pieces have been purchased by the State of Hawai’i.

“From time to time, I think about what I am doing; not specifically pyrography or sculpture, but about making something that people will look at and hopefully appreciate. We artists and craftspeople are a continuum of what humans have done for many thousands of years. Our mind sets and reasons might be different today, but the essence of the creative force is very much the same. If you have read this, it is because you have some interest in my work, and for that alone, I thank you.” 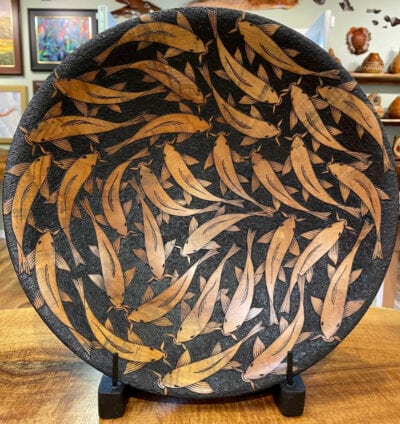 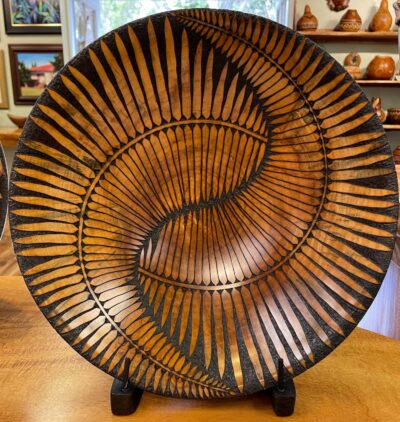 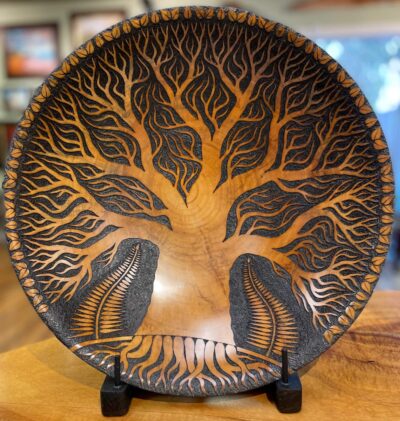