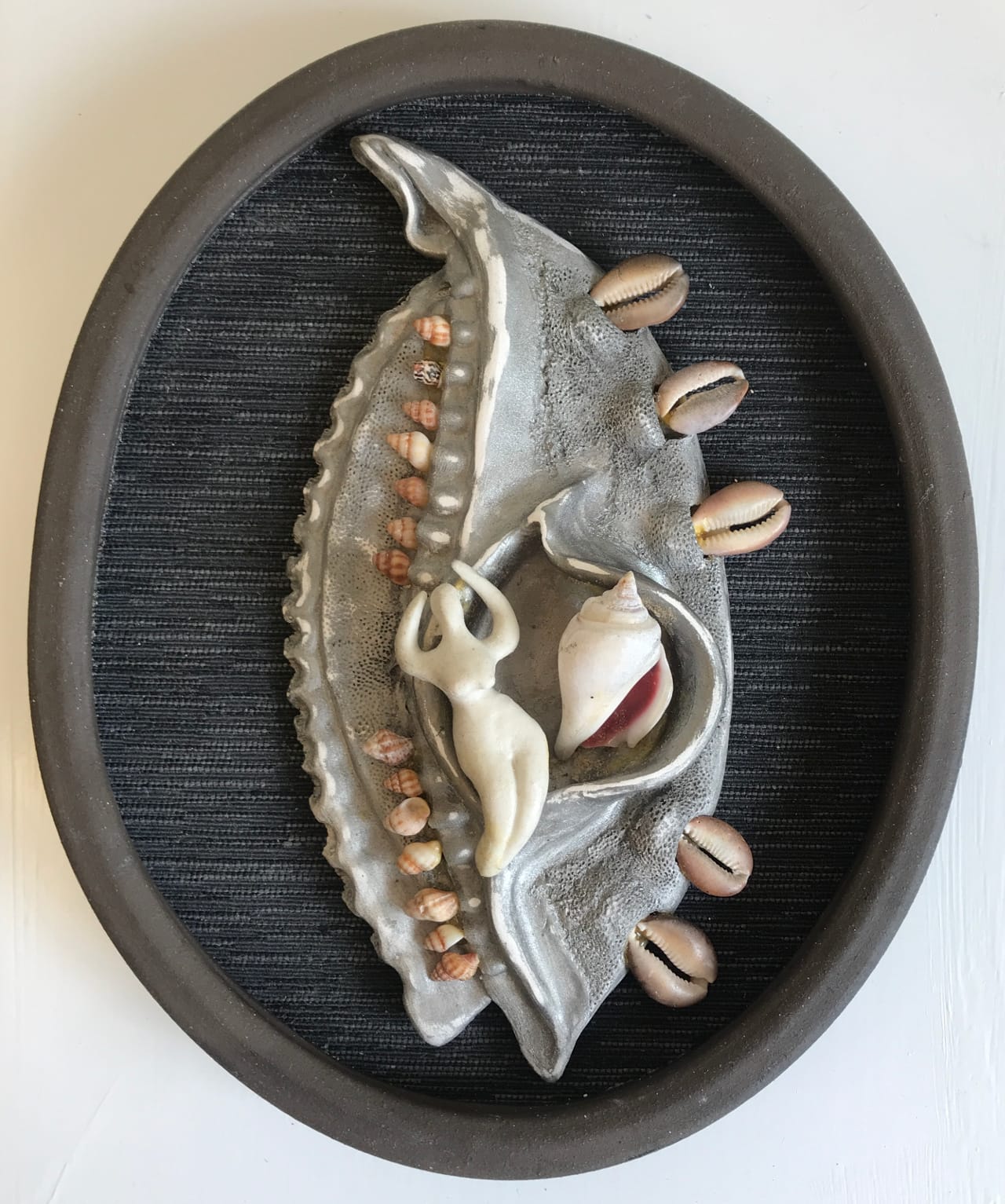 Joanne Valencia was born in Louisiana, migrating to Oklahoma in the ‘60s. Her passion for creating with her hands led her to the University of Tulsa, where while working on her bachelor’s in Fine Arts she accidentally signed up for a ceramics class and was forever hooked.

Joanne’s need for adventure led her to Hawai’i in the mid-‘70s, where she established an art studio on 20 acres in Kihei, Maui, and lived for more than 30 years. Yearning for more, she began traveling to see ancient civilizations around the world — including Egypt, Italy, the Middle East, and India — filling journals with her sketches. After building a new studio in Haili’imaile upon her return, Joanne began sculpting her ideas in porcelain.

Strongly influenced by the magical, spiritual aspects of ancient art, her new body of work is “The Keeper Series.” Joanne oil paints her pieces after bisque firing, and then embeds treasured found objects in each. She says, “The mystery and allure of ancient cultures feeds my imagination and challenges me to experiment with new shapes, textures, and color. My art is a reflection of my story, and Nature joins in with her own majestic findings. For me, this is the essence of life — beauty can be found in the simple and sometimes overlooked objects of the natural world.” 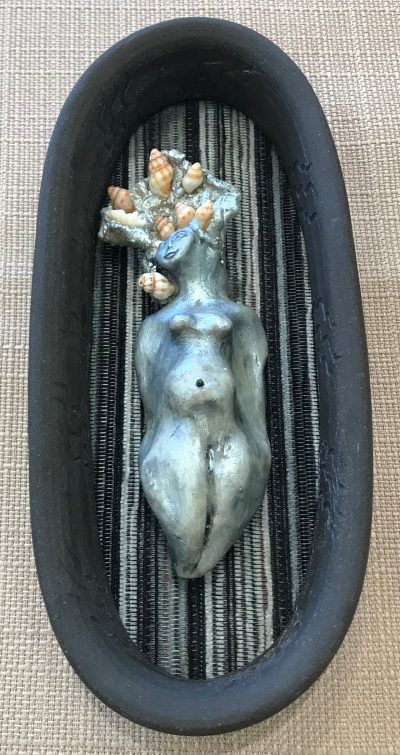 The Keeper Of Shells 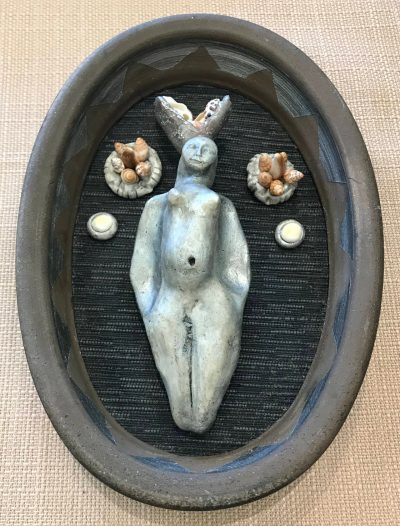 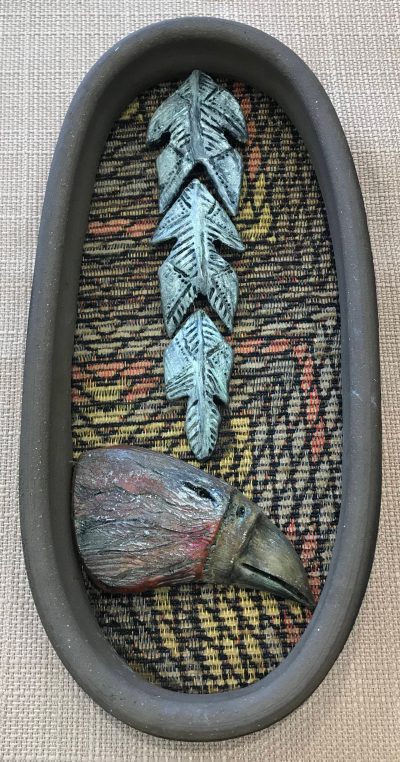 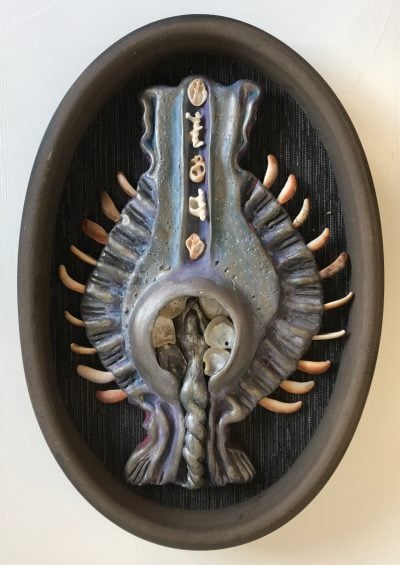 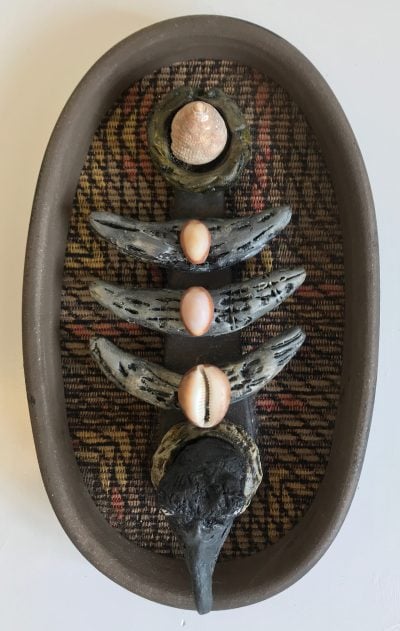 Home Of The Raven 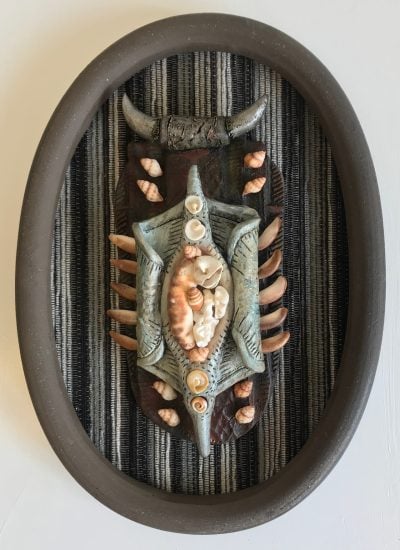 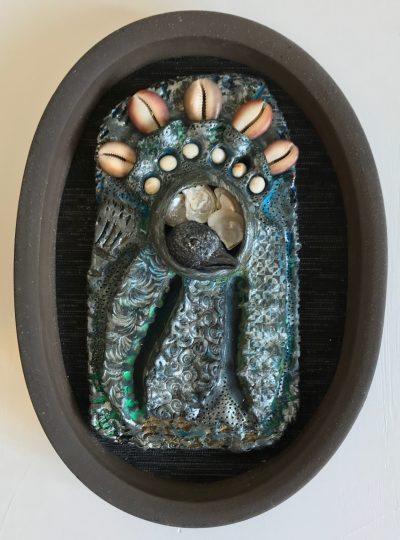 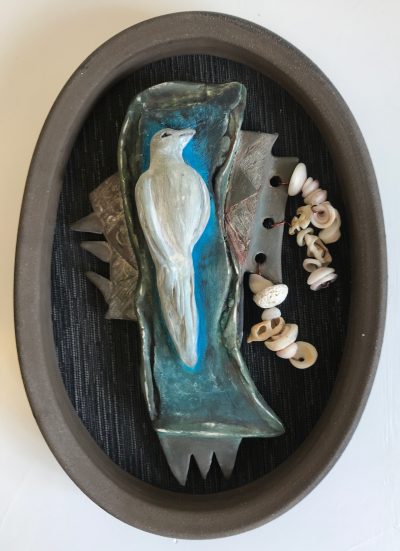 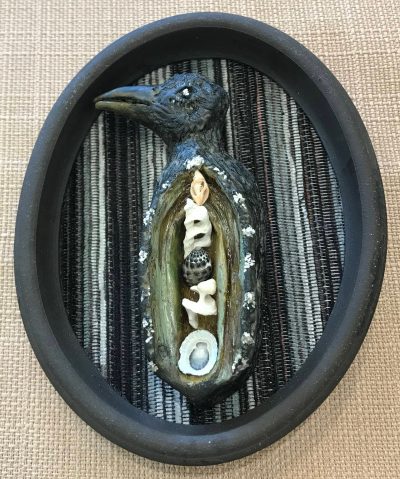 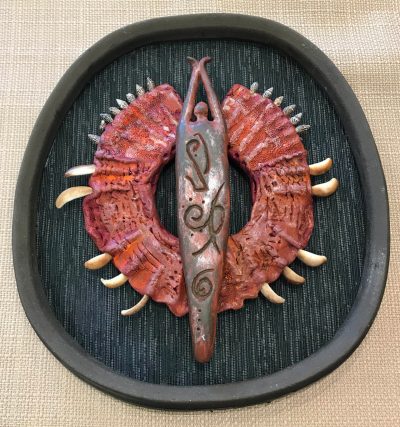 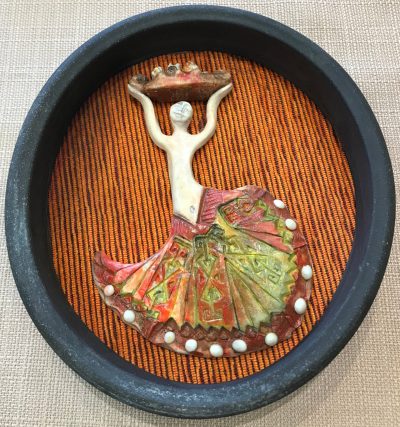 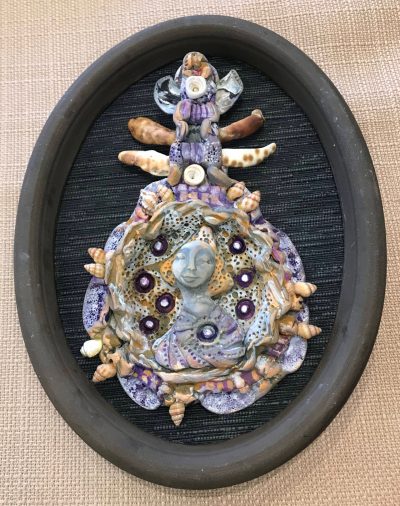 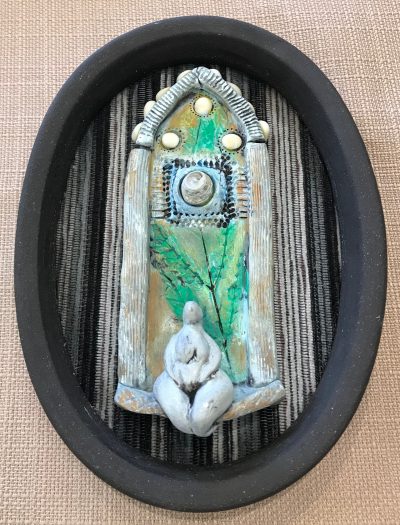 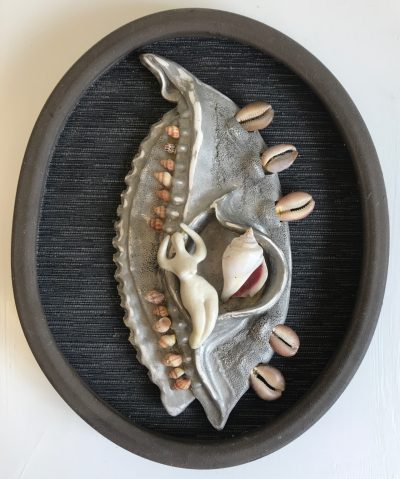