Baz Maui is a self-taught artist with over 20 years of experience.   Originally from Saint Vincent and the Grenadines he was influenced by his father, a skilled carpenter and guitar maker, and the vibrant colors and form of Caribbean art.

In 1989 Baz was crowned Southern Caribbean Windsurfing Champion.  He then moved to California in 1999 to pursue a career in windsurfing and from there moved to Hawaii, where he taught windsurfing at Anaehoomalu Bay in Waikoloa on the Big Island.   Since his move to Maui, his art has evolved into using natural material from local Hawaiian plants to create rich mixed media scenes.  Whether a piece is mountain, ocean or volcanic themed, his goal is to capture a true essence of the natural beauty of the Hawaiian Islands. 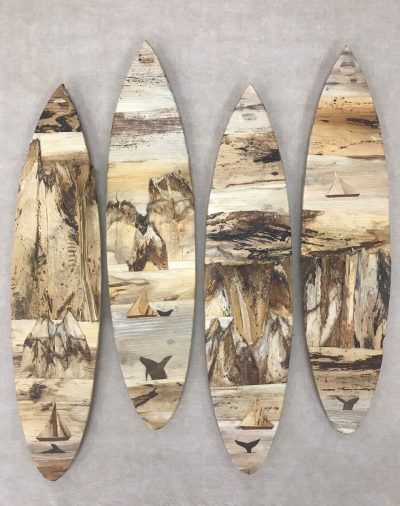 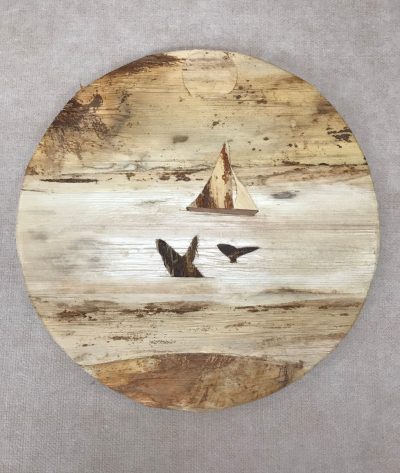